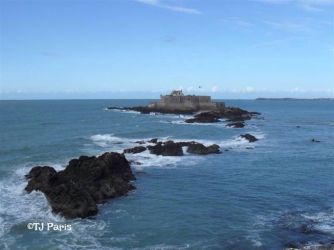 Here’s my contribution to this week’s Flash Fiction for Aspiring Writers, brought to us by Priceless Joy.

Albatross Island wasn’t known for its warm inviting waters or white sandy beaches. The tiny speck of rock stuck out of a remote, wind swept corner of the North Atlantic, unknown to most of the world. We called it Fools Island, after the fools who thought to live on it once, and the fools think to visit it now.

They come to chase the big waves. 100 foot giants, pushed off the continental plates beneath the island.

This year like every other, they descended upon the island during storm season when the biggest waves formed. Most of them rode in on boats and jetskis, but the diehards stayed in the old abandoned fort on the main part of the island.

Why do we call it Fools Island? Because Albatross Island sits inside the crater of a dormant volcano, and everyone failed to notice the rumbling of the earth beneath. Needless to say, this year the surfers got a lot more than they bargained for in their search for adventure.

The building blocks of a new world