This was last week’s prompt for Sunday Photo Fiction – couldn’t help myself when I saw it..

The first assault came without warning. On a clear winters morning, a large lemon tart exploded into Sydney Harbour, answering the question whether we’re alone in the universe, in spectacular way. The tsunami which followed flattened the foreshore, and covered most of the business district with meringue.

Since then, the attacks have come more frequently. Last month, a volley of tiny apple filled assassins pocked the surface of Britain while she slept. They were small enough to go undetected by the GPDS –the global defence system set up to protect us from our tormentors.  Before that, the Red Sea was soaked up by the shell of a meat and cheesy number cocooned in pastry. Where they come from, we still don’t know. Or how they’re even possible. What we do know for certain is that they will come again.

And so we wait, with our eyes searching the skies. Waiting for the pies.

This is my response to this week’s Sunday Photo Fiction.

“Do you have any vegetarian options?” Teri handed the menu back.

The waitress looked nervous. Her name tag identified her as Emma the Trainee. “Um.. we don’t sorry. We are a carnivorous establishment.” She stared at Teri, unsure of her next words.

She followed the waitress’s gaze to a large, gnawed portion where the book used to be.

“Now that was a rough day. But now I feel great. Really light.”

“Well I’m sorry Ms Rex, maybe you could  try Tracey’s? I’ve heard they do some nice vegetation dishes there?”

Teri snuck a sideways glance over to the table next to her.

“I don’t know… I don’t think I have the energy to go to Tracey’s now. Besides, I’m already here.” She cast another look over towards her neighbour’s plates. “Do you have any light options?”

“Um.. we have pterodactyl wings? They’re a smaller portion?”

“No. They get stuck under my claws. She tucked the book back into her bag and took a deep breath. You know, now that I’m here … maybe I’ll just have a buffalo.”

“To wear lace, one needs undies..”

In a fever induced delirium the other night my thoughts turned, as one would naturally expect at 3am, to Westeros and the  deceased state of one Jon “Bastard” Snow of Winterfell.

The soul sapping virus within me (perhaps its from Asshai) offers a theory which I’m throwing out there into the fighting pit of  theoretic frenzy on everyone’s favourite Snow.

1. Jon Snow as we knew him is dead, but he’ll be back. He just won’t be the exactly same person, as previous examples of revivals have shown (a la Dondarrion and Stoneheart). They’re always a bit ‘different’ when they come back, but so long as he’s a bit more animated than the Khal Drogo effort, we can gloss over the fine print can’t we?

2. Whether he is Azor Ahai or not is yet to be seen, but if he is half Targaryen, and especially of the future dragon riding variety, then he probably isn’t going to have a problem with fire, so;

3. When his traitor “brothers” stick him on the funeral pyre, what if he doesn’t actually burn because he’s Jon Snow-Targaryen afterall and they don’t get burnt do they, and he’s back (thanks to Melisandre), and look his sword’s aflame now just like Stannis’s was supposed to be; and

4. He’s technically been dead now, so his “Watch” has ended and he’s no longer bound to his oath. Because really, we’ve got two more books and who knows how many seasons of the tv show to get through – and if this whole Ice and Fire thing is about Jon Snow then we can’t afford to have him moping about on the Wall feeling guilty for being alive the whole time. JSno needs to go global.

As for my own fate, well the one thing I’ve learnt from the lives of the Westerosi’s is that things can always get worse. Cold sore is coming. 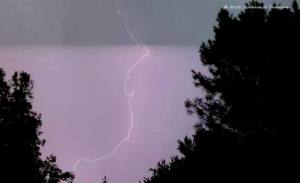 For this week’s MFTS challenge, I’m taking some inspiration from a story that I’m working on (kind of) about the old gods..

Finish the Story begins with: “Zeus was not having a good day and he made sure everyone knew it.”

He had just turned himself into a dolphin, ready for a serious day of frolicking in the Aegean with a couple of mermaids when he finally got the call.

And now he was sitting in a cramped little cave in the middle of theTibetan Himalayas freezing his tan off.

“Odin, just so you know, next time I choose the venue, yeah?”

He looked around the crowded room. “So who’re we waiting on?”

Buddha sat on cave floor, eyes closed, with a soft smile playing on his lips. “Your daughter, Thunder God. The goddess of the Earth.”

“That bloody, Gaia, never on time. She’s probably off saving a rainforest somewhere.. Apollo, go and get your sister.”

“But Father.. it’s not sunrise yet.” A bolt of lightening struck the God of the Sun as he ran out the cave.

Zeus turned back to the Old Father. “Right. So what’s the plan to save humanity?” 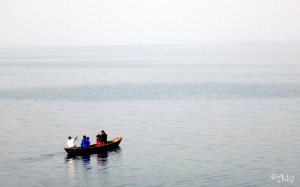 This is my contribution to this week’s Flash Fiction for Aspiring Writers prompt, provided by Priceless Joy.

John tried to convince his audience. “There. He stretched his arm out towards a dark patch of water. I was in the raft and she appeared right there.”

Miranda crossed her arms with a loud huff and glared at her father. “Dad, I can’t believe that you still drag us out here every year for this stupid story. You imagined the whole thing, get over it.”

“She saved my life, Miranda. I think I’d know if I imagined it.”

“Yeah well we’re not 3 years old anymore. I find it hard to believe that a mermaid saved your life.”

“Uh dad.. behind you.” Toby was staring at something behind his father.

A naked woman hung above their boat like Botticelli’s Venus. Her golden tail glinting in the sunlight. She leant towards the paralyzed occupants of the boat and slapped John across his face.

John pushed Miranda towards her. “Here you are. One firstborn, as promised. Enjoy.”

This is my contribution to this week’s Flash Fiction for Aspiring Writers, brought to us by Priceless Joy.

Laura checked her watch. Where is he? He knows that I hate being late. She craned her neck over the edge of the platform.

“Excuse me, could you step behind the yellow line?” A uniformed man wearing an official tone and a whistle around his neck strolled over.

She turned around. “Uh.. sorry Mrs. Amazing, didn’t realize it was you… wow, never thought I’d see a superhero at a train station!”

“Well, Mr. Amazing chose not to fly today. And its Ms. not Mrs.” Her smile and her eyes gave him different messages.

He pulled out his phone. “Hey can I get a pic..er, never mind.” His survival instinct kicked in just as the train arrived.

Mr. Amazing stepped out and walked towards his wife.

“Sorry babe.” He shook his phone in her face. “Had to go back for this.”

A look of panic washed over his face. “Oh shit. I left it on the train!”

Millbrae Station was reduced to a pile of rubble.

giving myself a good talkin to

The building blocks of a new world

tastyniblets
Create a free website or blog at WordPress.com.